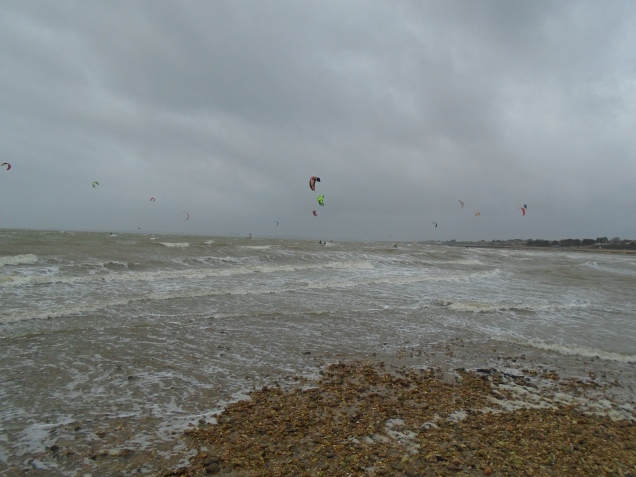 With the Second Wind Running QE marathon a week away I chose a 10 miler down to the coast and back for my taper run. Generally speaking I try to avoid tarmac pavements but today it was worth it to witness the sight of the swell on a windy day. The combination of running against the wind for the first half and watching the kite surfers made for an interesting change in scenery.

Today, I also made the decision not to run with a watch. It’s funny how liberating this experience can be, no pace guide, no mileage guide. Naturally I had a fair idea of the miles I was running but it certainly added to the taper mentality by running how I felt and just listening to my breathing. I’d recommend this now and then because you relax into your run and find your natural rhythm.

The outward miles were against the wind which suited me perfectly knowing I would get the benefit on the way home. I ran past an old friend, Andy Rogers, on the way out. He was running in his Southampton FC top and no doubt had a few comments from passing Pompey supporting car drivers !!

The wind was certainly getting amongst the road side daffodils which meant they looked like they were dancing from side to side, all they needed was some music. Also the tall trees on the outskirts of Stubbington looked like the wind was trying to shake the very last of the leaves that Autumn & Winter hadn’t dislodged. 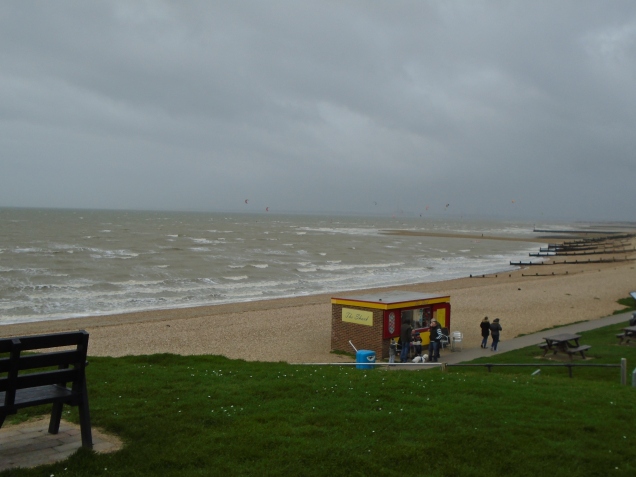 Once down at the coast I ran along Hill Head to try and get some photos of the kite surfers who were revelling in the windy conditions. In a way they were a little too far out to sea to get a good photo but at the same time they looked like colourful seagulls flying to ad fro. I ran down onto the beach and could taste the salt water that in the air.

I’ve always lived near the coast and days like today make you feel privileged to have it only 5 miles away. 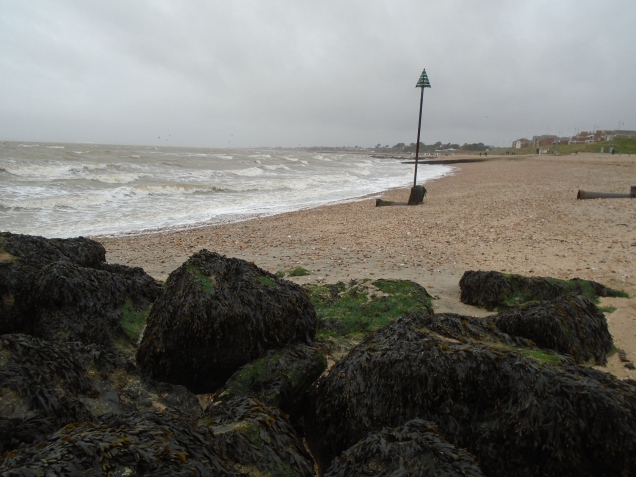 Heading down Lee On Solent seafront there were numerous runners, cyclists and simply people out enjoying a mornings walk in the “fresh” air. I reached the half way point and noticed an immediate difference when running with the wind behind me. These seaweed covered boulders help with the beach erosion but also make a great contrast photo wise !! The Absolute Running breakfast club runners would have passed this way at 8am today, I was closer to lunch time 🙂

The second half of my run was pleasant with the supporting wind and my mind turned to the coming week. I’ll be keeping up my liquid intake up (no cider) stretching whenever possible and then hitting the pasta towards the end of the week. Am I prepared for 26.2 miles, probably not, am I going to let it worry me, probably not. I’ll start at a steady pace and use my local knowledge to spread out my efforts. I’m really looking forward to both the race and the challenge. The thousand metres elevation will be #hilltastic 🙂