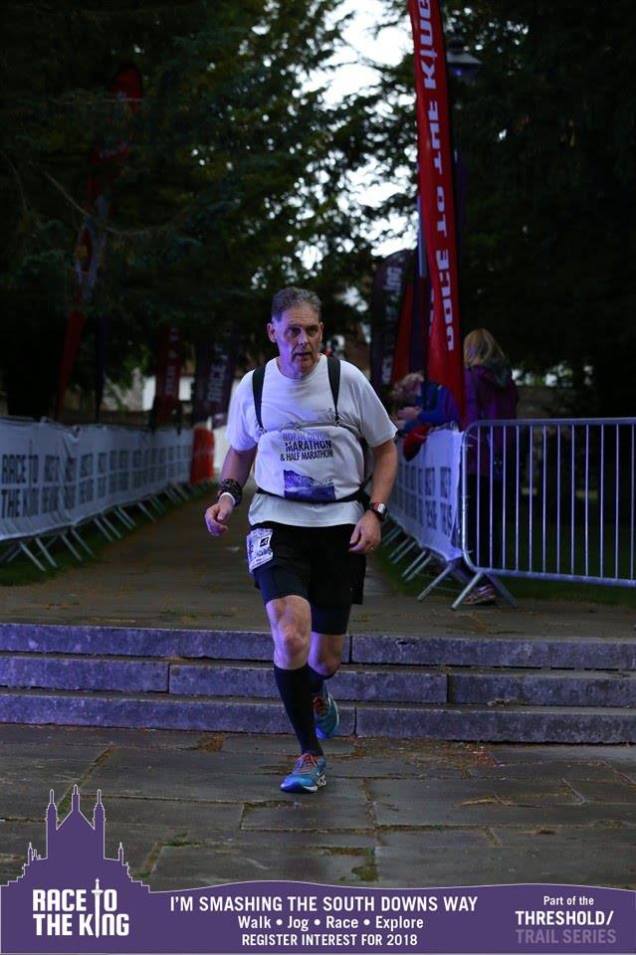 In simple terms an ultra is a distance run that’s longer than a marathon. That said, I personally wouldn’t class the 27.2 miles I ran for the 3 Forts challenge or the 27.5 for the Purbeck marathon as these are trail running marathons which do contain some flexibility in their race titles. “Generally speaking” 50K i.e. 31 miles would be considered an ultra race (in my humble opinion).

My background isn’t extensive but two 50K’s, one 33 mile, one 35 mile and Race to the King (RTTK) 53 mile double marathon means I feel I’ve had enough experience to offer some thoughts on the topic.

The reason I entitled this blog as a confidence building read was so that once you’ve considered the various aspects of running beyond a marathon then I guarantee you’ll have a broader understanding of what you’re getting yourself into.

Whether you choose to continue or not is another matter but I’d definitely recommend it.

So, here are 5 trains of thought for you to consider…..

This may sound an obvious question but there’s a lot to consider before you take on your first ultra and commitment is probably the key.

Are you ready to push your body beyond your comfort zone – both mentally and physically, and finally it can be anti-social with early long run starts and early nights to maximise your sleep recovery time.

When I say committed I’d say more specifically committed to “your” race plan. Don’t be swayed by other runners because they will have a separate agenda. My first ultra was the New Forest 50K which was three laps of just over ten miles and Steve Way lapped me on my second and his third lap. Yes he was ten miles ahead of me !! (England International).

Steve then proceeded to add another lap by running in the opposite direction and offering words of encouragement to the rest of the field. Ultra runners are very community based.

Absorb yourself in the challenge that you’ve set yourself but at the same time don’t become an “ultra bore” with no other conversation !! I may have been guilty of that in the past ha ha 🙂

Conversely a sense of humour is absolutely essential, after all you are attempting something pretty crazy !!

Are you prepared to rethink your training ?

I took a good look at how I trained for marathons and then partly through trial and error and partly through advice I incorporated a number of new strategies.

Getting used to running slower, walking uphill, eating on the go, foam rolling, double day running and increasing flexibility all played a part in my preparation. However, one aspect that I hadn’t originally considered was cross training.

I used to commute to work on my bike with the sole intention of getting there as quickly as possible. If I’m ultra training I use the twenty minutes cycle time there and back to loosen up my legs, flush out the stiffness and maximise the fact that my bike is supporting my weight rather than my stiff joints. Walking and swimming are equally useful for cross training benefits.

Most ultras are through the countryside so if you are moving up from road marathons then there’s a whole new skill set to embrace. Trails, hills, gates, streams, cows, sheep etc etc.

The map below shows the 31 miles I ran December 2017, what it doesn’t show is the shingle. In many ways the shingle was just as energy sapping as hills. The route was flat but if you hadn’t been aware of the beach sections you’d have been cursing the race organiser !!

Train for the terrain.

Study the profile of your race and, if at all possible, train on the course or at least train on similar local profile, this will mean that on race day there are no surprises. Trust me after a number of hours you switch to automatic pilot and that’s when you need to trust in your preparation.

I’d run probably 46 of the 53 RTTK miles previously so I was psychologically and physically ready for what awaited me around very corner. Conversely with The Ox ultra being 35 miles in Wiltshire, I’d never stepped foot on the course, but I’d trained for both the number of hills and 90% of the elevation by analysing the profile.

Training with other runners who are also entered in your ultra is a great way to swop accumulated knowledge. They may well have spotted something you haven’t.

The distance between feed stations and what they offer is equally important. In short do your homework, it’s an investment in the day that will really pay off.

Even if the race website doesn’t state what will be on offer it’s important to consider what you’ll carry and what you can pick up. The reality can also bite you, in that the further down the field you are, the greater the potential for limited feed stations increases.

If in doubt email the race organiser.

How will you get there and how will you get back, you “will” be tired. I arrived at Winchester train station five minutes too late for the hourly train back to Fareham after 12 hours of running the RTTK. This meant I sat on the platform for 55 minutes waiting for the next one !!

There are numerous articles on training mileage and food, both of which can vary depending on you as a person so I’d just say try out a few before deciding on what suits you. Other bloggers are a great source for this as well as running magazines/ the internet.

Double day training suited me i.e. a long Sunday run 18/19 miles and then 5/6 on a Sunday. Doing this on alternative weeks meant a steady run in-between too.

Then, most importantly, once you’ve decided on your kit, food and drink, train with them as if it was the race, thus eliminating any issues ahead of the big day.

The very fact that you will be on the go for longer also means sun tan lotion and light weight jackets need to be considered. This all cumulated in me buying a proper pack so that I could easily carry whatever I wanted including soft flasks for my liquids (eco friendly and less bulky).

After all if a jobs worth doing its worth doing well. I got last years colours and the cost was considerably less so they don’t have to cost a fortune !!

One more thought, take your fully charged mobile with you. You might not even take it out of its case but if you go off course, injure yourself or just need some motivation then help is only a swipe away.

Be the best you can be at the start line. What I mean by this is hopefully you won’t be carrying any niggles. Pre physio and pre race massage may cost you financially but they’re worth their weight in gold when you hear people talking about their “issues” before you’ve even started running.

Set a realistic time that compliments your training and not a time you are dreaming of. For your first ultra I’d simply concentrate on finishing. This may sound negative but seeing as you are entering uncharted territory it’s always best starting conservatively.

Use any uphill walking as an opportunity to take on fluids, go over your race plan in your head, eat and why not text your loved ones just to let them know you are surviving, (It can be a long day for them too !!)

I found counting down aid stations broke the race into a number of smaller races. Landmarks and distance markers can be points to concentrate on too. For example the first time I reached 30 miles it gave me a huge rush of adrenaline. Conversely, when I reached 40 in RTTK that was a signal there was a half marathon left to run.

Finally, prepare yourself for a range of emotions. You’ll have spent a lot of time training but life can throw up any number of twists and turns. Expect the unexpected !! Self doubt can be managed but be prepared to “have a word with yourself” when everything doesn’t go quite to plan.

I walked for over a mile on flat terrain in the middle of the Imber Ultra on Salisbury Plain and I even stopped for a cut of tea. I stopped and drank it while I gathered my thoughts.

Another runner stopped and walked with me for a while so that he could offer some motivational word which I thought was fantastic !! He didn’t need to stop, he just took it upon himself. The irony of this was that about ten miles later I caught him up which meant I could repeat the favour !!

Equally, I’m not ashamed to say I’ve shed a few tears of joy when 30 miles appeared in my first 50K and 50 miles appeared on my garmin in RTTK. A little embarrassing but totally understandable.

So, listen to any advice given, be a sponge and soak it up because distance running isn’t an exact science its a learning experience and a bloody great experience at that.

In summary, if you run slower, eat more and prepare there’s no knowing how far you can go !!

I’ve got my eye on Race to the King again this June, happy ultra running.

One thought on “Could you run an Ultra in 2019 ? Some confidence building tips”