Saturdays run started by catching the 7.30am train to Winchester so this was the exact reverse of last week. After covering 25 miles a week ago I decided to cut my run short to 19 today and save my strength for Race to the King in three weeks time.

Videos are a new addition to my irunoffroad social media and I’ve had great fun experimenting with the two I’ve made so far. I’ve created a YouTube channel so feel free to subscribe for future running adventures, cheers.

After bumping into Jamie, Paul, Zoe and Tracey from Fareham Crusaders who were on route to Eastleigh for their own “train-ing” run I left Winchester in bright sunshine and good spirits.

The video above shows you Winchester Cathedral where Race to the King finishes, I then followed the South Downs Way up towards Cheeseford Head with fields of glorious poppies to the right and left of me. 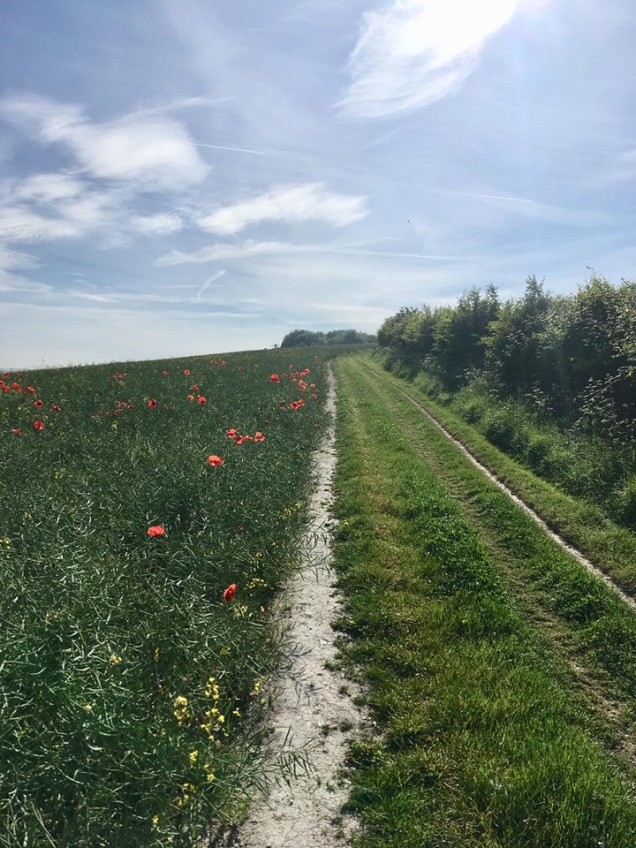 Once I’d passed the tank experience (also video’d) it was noticeable the trail was becoming busier with mountain bikers but to be fair they were all considerate by announcing their presence.

I chatted with Lidya from Winchester who’d caught me up. This is the beauty of trail running when you can chat with someone you’ve never met before but the conversation flows about why and where you are running.

Not long after I bumped into my good friend Paul Coates who was running in the opposite direction. We stopped for some banter which again is on the video. 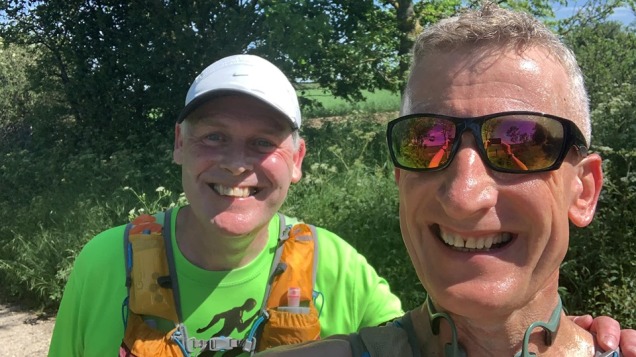 I pressed on towards Exton and then Meonstock Post Office for liquid refills. The temperature had increased during the morning and must have been around 20 degrees so I bought Lucozade as well as water.

Joining the Meon Valley trail I had seven miles to Wickham were I’d decided to cut my run shorter to 19 miles and my wife picked me up. Something she rarely needs to do.  I think its really important to listen to your body when you know you’ve pushed yourself but are still within your limits. I also had a quick chat with Karen Jenkins from the Crusaders along the old railway line.

My double marathon isn’t far away now so it’s taper time and flexibility work. Arriving at the start line uninjured and having flushed out the stiffness of long runs means you start with a degree of confidence even if I haven’t done the volume of training I’d liked to of due to issues earlier in the year.

Thanks for reading and watching 🙂