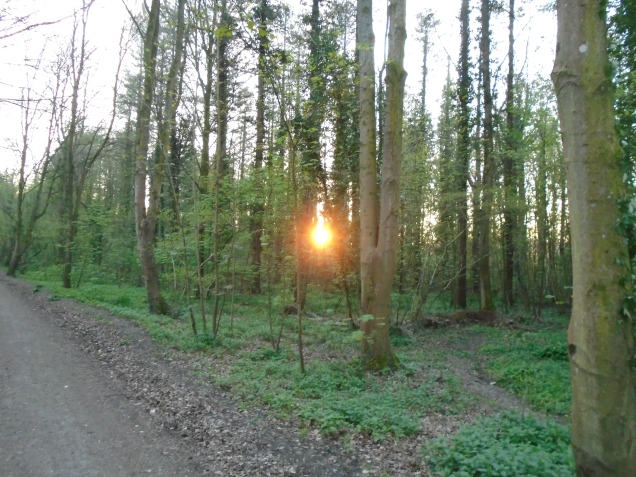 My long steady runs aren’t usually in the evening but with the changing of the hour I thought I’d mix things up a bit by running later and taking my head torch too. A 6pm start meant a rethink on what to have for tea. Porridge was the obvious slow burning energy answer. This evening I was also trying a 100g bar of Bakewell flapjack as a complement to my usual gels. This energy boost of carbohydrate is another product on my list of “what to eat on an ultra”. I chose 3 from Holland and Barrett after helpful advice from a member of staff, last week I also picking up cod liver oil tablets for a general “oiling” of my joints, from them too 🙂 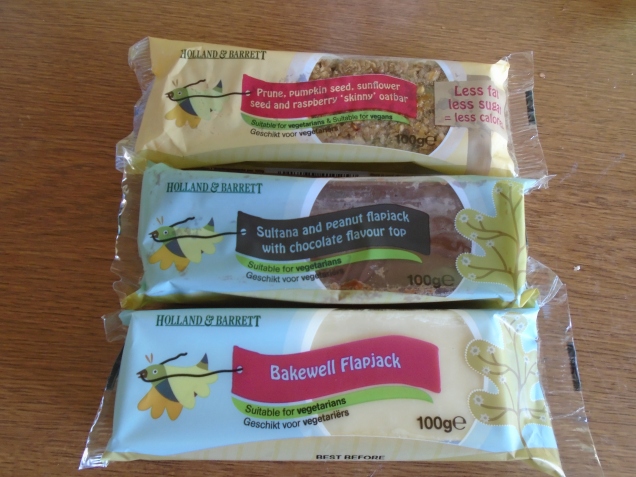 The evening sun was a joy to run in as I left the streets and houses behind and made my way along the deviation line, under the motorway and out towards Knowle woods. The detour to the woods was to see if the bluebells were out yet because once in full bloom they carpet the woods with a beautiful vivid purple blue display. It maybe needs another week or two yet as they are traditionally at there best around London Marathon week. Even three miles into my run the sun was starting to lower in the sky so I was glad I’d brought my head torch as insurance !! Naturally being in amongst the trees it blocked out the sun’s rays. 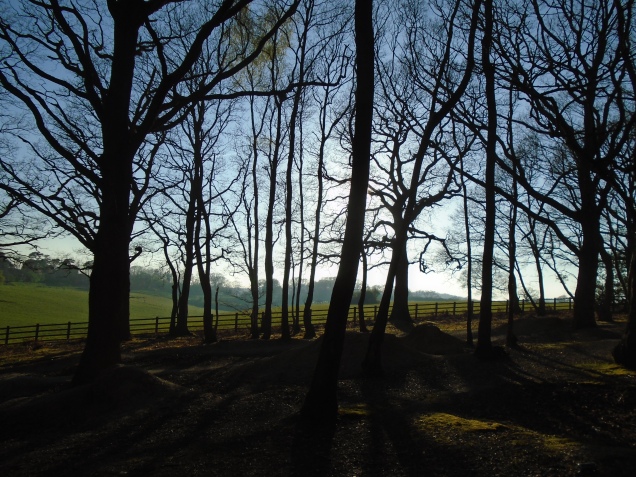 Once out onto Mayes Lane the sun returned and as I ran through Wickham at 5 miles there were more signs of bluebells. I had my first mouthful of flapjack at 45 minutes and even though running and eating isn’t necessarily that easy it wasn’t an effort to swallow. Out onto the Meon Valley trail the tall trees and bushes that line it cast unusual sized shapes and shadows and with nothing better to do I looked for shadows that resembled animals and faces, like you do with clouds 🙂

By the eight mile half way stage the sun definitely was dropping in the sky and with the gradual incline now in my favour on the return leg I attempted to increase my pace. You know the evening is approaching when you get mouthfuls of insects and a small drop in temperature. The sun was now dropping rapidly and I stopped briefly to take the photo at the start of my blog. The golden circle of light was trying in vain to keep my attention as it disappeared. The return to Wickham meant another 1/3 of flapjack, 11 miles and the onset of darkness. As dusk took over I swung my waistband around and finished off the last of my flapjack along with my second gel.

With the two hour mark passing by I now had a decision to make, should I run through the woods or take the road. I’m pleased to say my choice was rewarded with this photo. I love the fact that the moon can been seen just above the trees line. 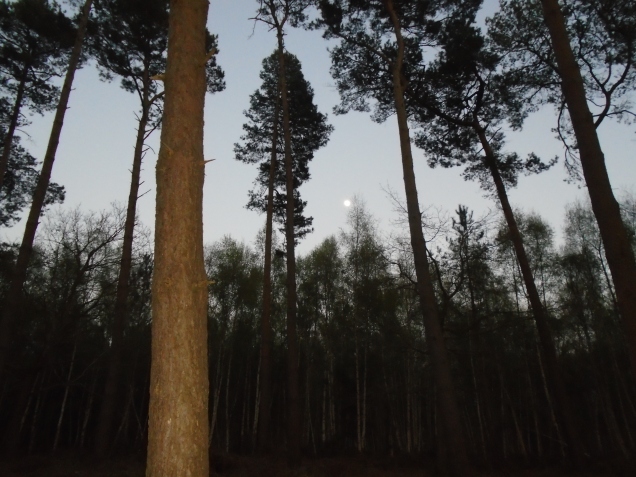 By now the temperature had fallen further and as I joined the deviation line trail I needed my head torch to see the tree roots. Care was needed at this stage because you have to concentrate on branches as well as roots but it only lasted for a mile or so. Finally I came back out onto the streets and enjoyed a mile downhill along Gudge Heath Lane where I was pleased to pick up the pace. So, 16 miles and 27 for the week. As I’m writing this I aim to add 5 miles around the local roads to meet my 32 mile target for the week. Double runs over the weekend will now be a feature of my preparations.

The lighter evenings give us all much more scope to get out on longer training runs so I intend to use them again. The flapjack was defiantly a winner so I will be adding it to my list.  Happy running 🙂