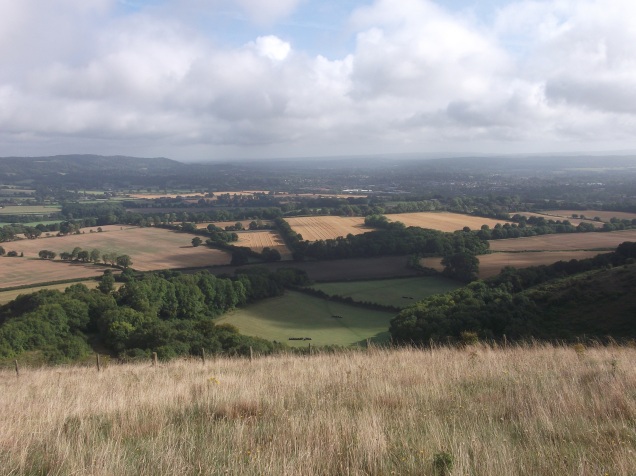 The Butser Hill challenge (BHC) is a 5 mile race up and down the highest point on the South Downs Way. My friend Andrew has been contemplating entering so, seeing as it’s in two weeks time, I ran the course with him on Saturday. The format is simple, run up and down the hill from three different directions. The run is classed as a grade B fell race as the hill is 889 feet above sea level. The BHC was my first race when I moved to Hampshire and the area is quite simply my favourite place to run. I’m not entering this year but it was great to run the course.

The early morning dew meant the grass was quite wet but the temperature was already rising with the morning sunshine. We chatted on the initial slope to hill No. 1 but the gradient soon stopped us talking !! We ran passed a number of curious sheep on the way to a gate two thirds up the hill, and reached it without walking. The next 200m or so were quite overgrown and to be honest this helped as we were running at a slower  pace. As this first ascent levelled out it was clear today would be a testing one. The run downhill was taken with care due to the wet grass and the curious sheep’s poo 🙂

Hill No. 2, the main drag up to the trig point was taken with lots of respect for the hill and a certain amount of walking. This slope was where I chatted to twitter Jeff and the Film my Run lads when they were on their SDW 100 mile race. The going underfoot was quite firm due to it being the most popular with walkers. We headed for the satellite dish tower and passed the trig point at a reasonable pace. So that was two hills down and one to go. The burning sensations in my legs and thighs were all forgotten with the amazing views.

Hill No. 3, this was where the “wheels came off” to a certain extent. We didn’t get lost we just attempted to run a track that was overgrown !! The elevation was just as steep but springy moss, heather and other plants meant we had to watch our footing and some walking was needed until we re joined the tall grass section (see below) and then the proper track. My compression socks managed to collect a number of seeds on route too. 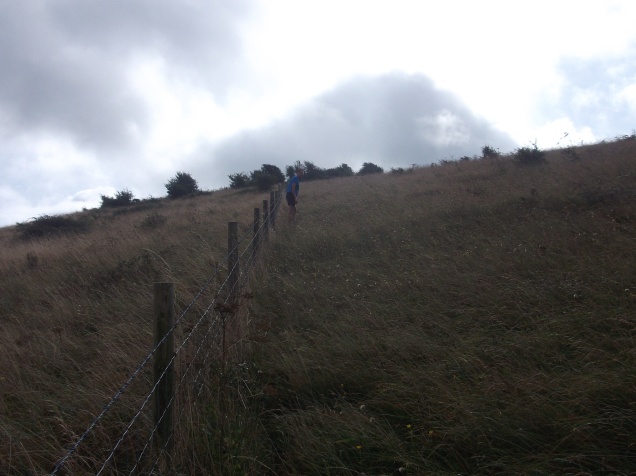 Once on top of the hill we stopped for an OS  trig point selfie and then it was a pleasant run downhill back to the car park, even if the wind had picked up and the cloud cover increased. 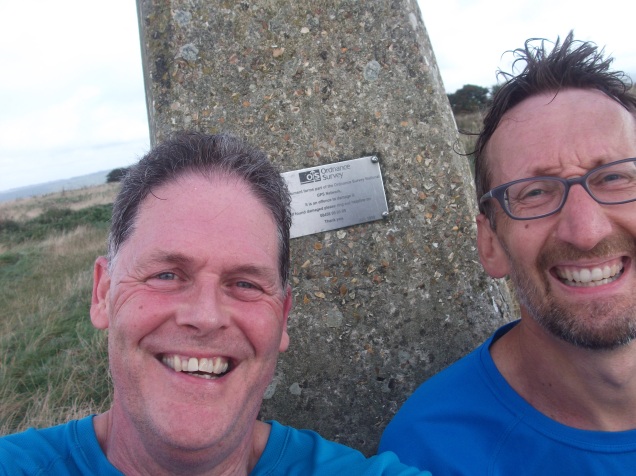 Although we’d tackled three steep sides of the hill ultimately we’d only run about 5.5 miles so I ran out of QECP and added an extra two miles. I bumped into Nikki Yoe and Martin Dewied who’d not long since finished the parkrun and as I ran out of the park the sun came out again. The lush green countryside was quite a contrast to the wide open views of Butser. I’ll be running this area next week in the Woodland Challenge. 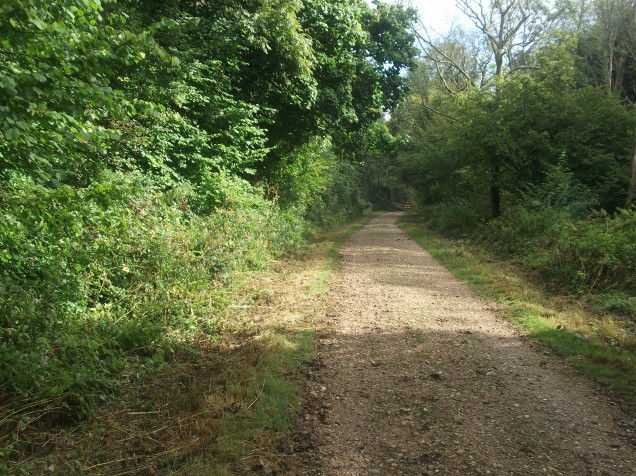 All in all 4 hills and 7.5 miles. Thanks to Andrew for the run and I’m now looking forward to my “On The Whistle” event next Sunday. If you’ve never been to Butser/QECP take a trip out there, you’ll be hooked, just like me !!