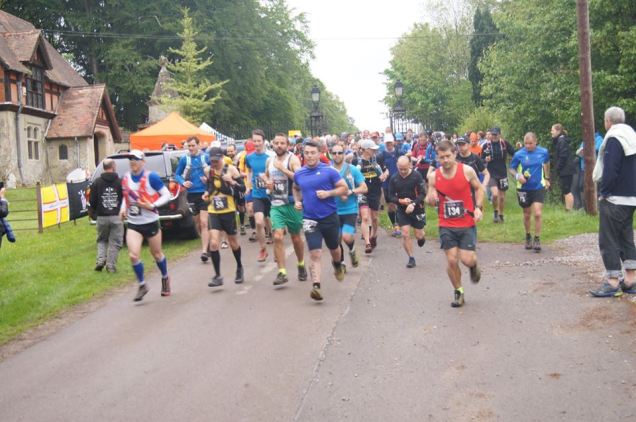 Today was a new experience in a number of ways, the furthest I’d run, the longest time I’d been on my feet and my first White Star Running (WSR) event, in short, it was emotional !! The Rushmore Estate in Wiltshire was the location and with an 8.30am start this mean my alarm clock went off at 5.15am. WSR have had a growing reputation with their more relaxed approach, humour and really looking after runners which made for a great experience. Can you see me starting my watch, behind and to the left of, number 134 in my maroon Fareham Crusaders top ?

The race instructions from WSR set the tone for the day. Comments like “write your mobile number on the back of your race number in case you get kidnapped by the locals” and “anyone caught littering will be carted through Tollard Royal in chains” this meant I was really looking forward to my visit to the Wiltshire chalk downs. The weather forecast was for light rain showers later in the day so I packed my Ron Hill jacket and my favourite race nutrition, SIS gels, cliff bar and Jelly Belly jelly beans.

Preparation wise I’d been to see Sharon at Rural Retreats for a sports massage and printed off the maps but 36 miles worth of maps don’t mean a great deal when you’ve never been there before !! As it turned out I was never in any doubt where I needed to run so that’s quite an achievement over such a long distance and hats off to the WSR organisation.

The rural setting meant parking in a field and porta loos for the 100 + runners as well as an onsite ice cream van, fish & chip van and cider shack !! 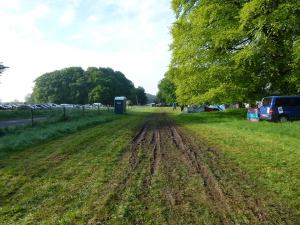 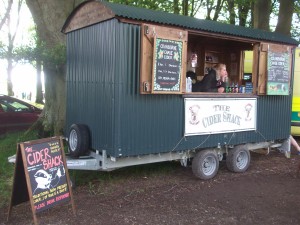 As we got into the run it was noticeable that there weren’t any mile markers but instead boards with motivational saying, quite a good idea seeing as most of us have garmins. The nature of running around a countryside estate meant the course went from open fields one minute to 1 metre wide rights of way through yellow rapeseed fields the next.

I haven’t found the total elevation for the route yet but it must have been 3,500 ft + as the up hills really did seem to outweigh the downs or maybe that was just my mind playing tricks on me. As with all off road races there was lots of chatting while running through the first few miles as we all got into our rhythm. My race number being 118 was certainly a comment that came up a few times 🙂 With 3 feed stations in the first 10 miles we were certainly being looked after and the views would have been suitable for landscape oil paintings.

The section between 12 and 15 miles was quite tricky in that it was narrow tracks of slippy mud with over grown hedgerows and to add to that it had started raining. At points like this it’s safer to walk and just laugh at how ridiculous the whole situation is. Not knowing any points of reference it’s hard to explain the course but as 20 miles approached the boost of flat coke at a feed station was really great. 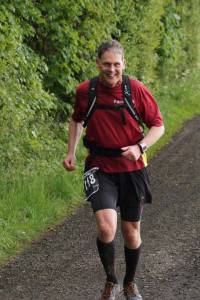 We shared the day with various park uses on the Wiltshire Downs including these trail bikes !! Reaching 20 miles and knowing you still have 16 left could be daunting but I decided I was over half way and with the sun coming out again life was improving. We next headed along a dove which would have been used to drive cattle to market in years gone by. I also chatted to a local lady runner who gave me an idea of what was left which was very useful so “thank you” to her.

WSR are famous for their “Love Station” which is placed at a point where you will really need it. Our’s was at 29.5 miles and at the end of the drove, which had been slightly uphill for some 6 miles or so. Alcohol and lots of food, as well as the offer or a huge, were very tempting but the organisers had cleverly placed it at the top of a hill so I decided to press on and get some well earned “easier” downhill miles under my belt.

The rain had started again by now as we tackled another section of unrunable mud before passing through a farm with some inquisitive cows who must have wondered why their quiet day was being interrupted. Pressing on down some country lanes the hardest hill was coming up at about 32 miles. A one metre wide track of mud that ran up hill through some beautiful woods but my god it was hard work and I was starting to feel a bit dizzy so the final feed station at 33 miles with the sight of a downhill run towards the finish line flags was exactly what we needed.

A cheeky 400 metres up hill to the finish line summed up the nature of the race and that was that. I had tried to even out my effort and walked when I thought I needed to, this resulted in me coming 81st out of 106 so 75% through the field which seeing as I’m still learning about Ultra running I was happy with. How tough was it ? My time was 7.59.31 which is easily my longest effort to date. A great day, T Shirt and medal, thanks to White Star Running. I learned a lot about myself today and if I can offer one piece if advice it would be that we are all capable of more than we think 🙂 Happy running. 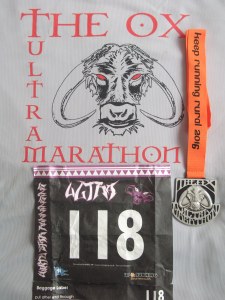 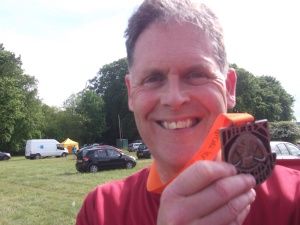