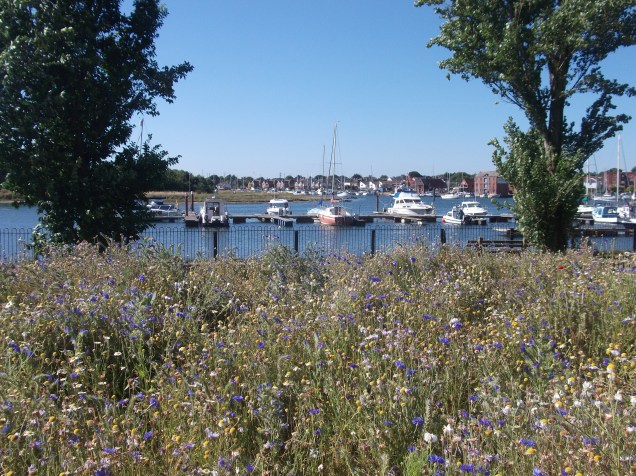 Well, I can’t remember the last time I ran on a Monday morning but seeing as the opportunity presented itself, who was I to argue. I ran past Fareham creek (above) and then headed out through the fields in the hope of catching the crops being cut.

Having taken some photos on the Saturday evening I knew some fields had been harvested so the others ought to be soon after. Running up Paradise Lane the temperature was definitely climbing but with the pleasant wind, my cap and sun tan lotion I wasn’t too concerned. The gate by the footpath was open and I could see tractor marks so it certainly looked like I’d struck lucky. The lane had butterfly’s and bees going about their “buzz”ness while the rolled hay bails we visible over the hedge.

My parents house has a field behind it so this run took me back many years to when my brother and I played on the hay bails. As I was in no rush I took a few photos and videos. Heading up Portsdown Hill my garmin ran out of battery but to be honest this only added to the enjoyment with no timings to stress on !! Saying that it was noticeable my cold is still affecting my running but that was a small price to pay in this glorious setting.

The fitness that I’ve lost over the last two months will inevitably return and today wasn’t the day to dwell on how long that would take. The sunshine and my chosen route were perfect for one of those runs that quite simply reminds you why I love being out here. 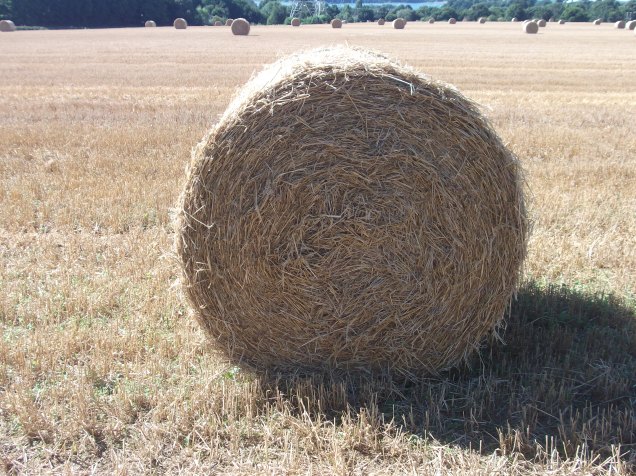 I joined the road and passed a few curious horses on my way up the hill. Once at the top you can see Fareham, Fawley and even the Isle of White in the distance. Stepping over a style that had an electric fence either side definitely called for some concentration but in no time it was back to taking in the views. I continued along the top of the hill running on a narrow track between the crops (see the video). The breeze meant the wheat was swaying as if I was in the middle of the sea. However, my drink was all gone by now so I popped into HMS Nelson for a refill.

The run home meant I actually passed the tractor and trailer that was rolling the bails and before I knew it I was back to the creek and into the last mile. With no watch it was surprising to see the time when I got in but that’s the mark of a relaxing steady run on a Monday morning !! The photo below was from Saturday evening. 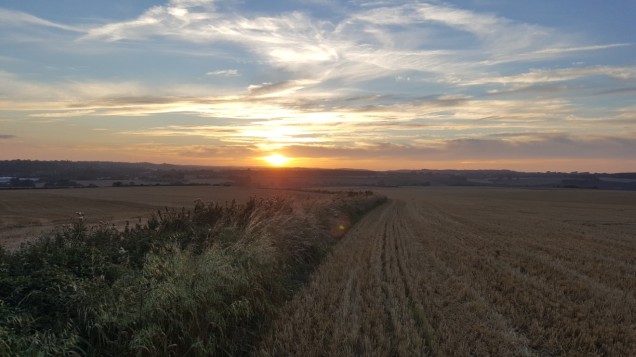 Whether you go out early or late, just make sure you soak up that Summer “Runshine”